Ok, we’re biased, because we produced it :) But, this video campaign is indeed our best crowdfunding video if we look at the impact!

To this date, ForwardX’s remains as one of the most successful IndieGoGo campaigns on the platform raising over $1.3million with 3,392 Indiegogo backers from 18 countries, well over 6,000% of their original goal. With their campaign even earning a featured spotlight article by the team at IndieGoGo themselves.

We chose the director Max Lanman, a director that knows how to create an authentic video that will strike the audience (Max became a viral sensation with a previous spot that brought him all the way to ABC’s Morning show! He also worked for such companies as Microsoft or Sleepgram).

With a tight deadline before their global IndieGoGo campaign launch, we got right into the pre-production process. Overall, nailing down the tone of the video piece was important to ensure the product highlights would remain tasteful, high-class, and tech-oriented while still keeping the viewer’s interest piqued and intrigued. It had to be entertaining but informative. ForwardX was counting on our team to deliver the perfect balance.

Over the next couple of weeks, our teams collaborated closely and effectively to bring us to our shoot date at the functioning and bustling Ontario International Airport in California. With an experienced crew, solid script, and passionate hard work, we were able to deliver an impactful, powerful edit on a tight turnaround.

Our in-house post-production team turned out the first edit in a short few days and got started on the sleek informational motion graphics used to highlight key features. Features that would ultimately pique potential backers’ interest and give them that burning desire to have this revolutionary new piece of technology.

Long story short, we got the video to ForwardX Robotics with time to spare, they launched their campaign, and the rest is history.

If you need a great video too, let’s get in touch!

Harness the power of videO NOW
Thank you! Your submission has been received!
Oops! Something went wrong while submitting the form.

CHECK OUT THESE VIDEOS AND ARTICLES

T-Pain and Instagram-dogs in Atlanta, Georgia !

We launched right.video: find the right videos and creators in seconds 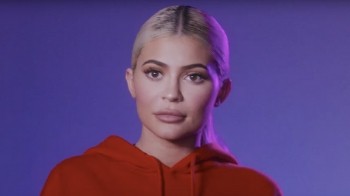